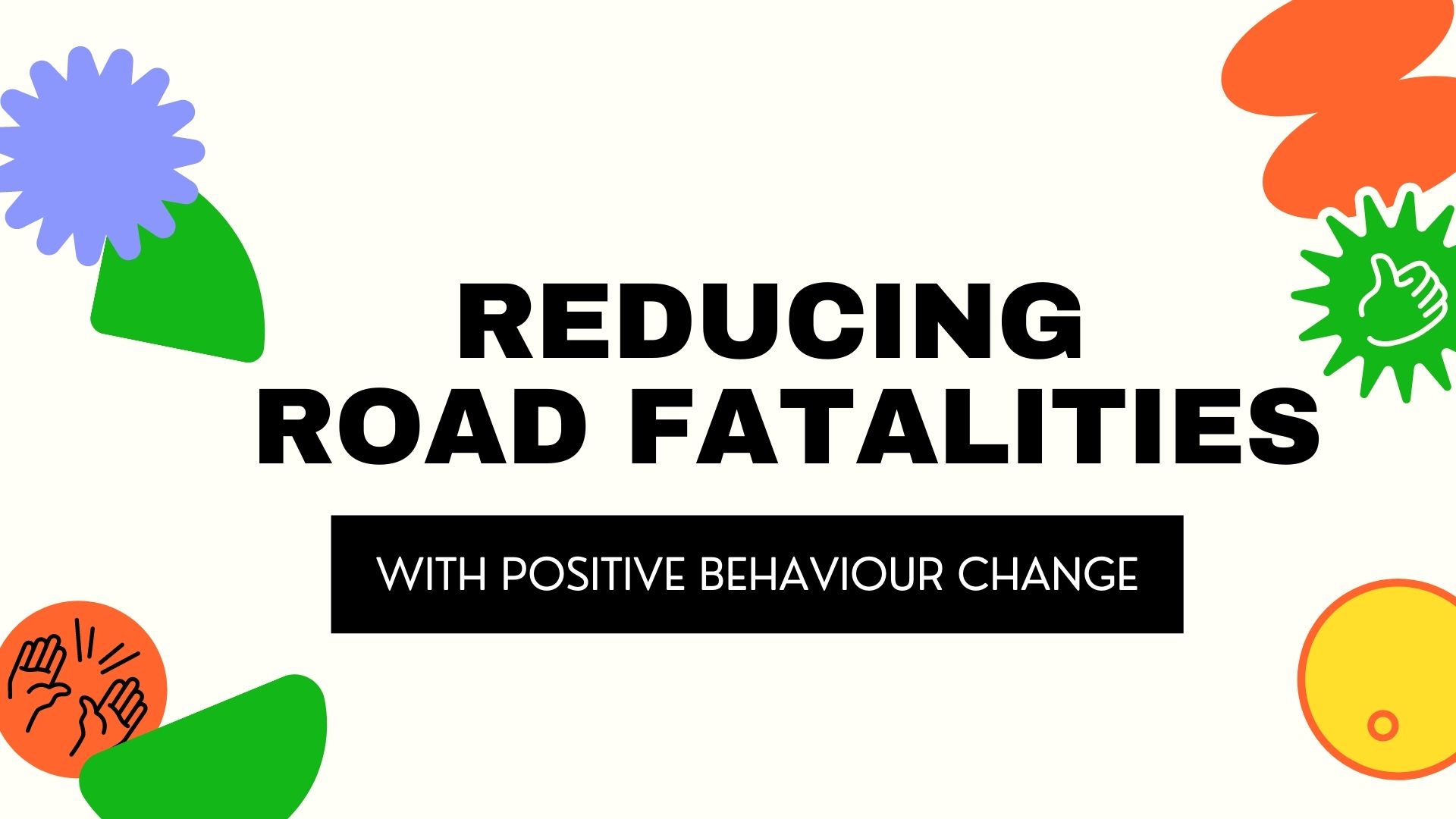 “…something as simple as fun is the easiest way to change people’s behaviour for the better. Be it for yourself, for the environment, or for something entirely different, the only thing that matters is that it’s change for the better.”

This quote is from Volkswagen’s Fun Theory campaign from over a decade ago. In this campaign, VW made a series of products that used positive experiences to change human behaviour. For example, to make people choose the stairs over the escalator, they turned the staircase into an interactive keyboard, which resulted in people walking up the stairs more.

The campaign highlights how creating positive experiences can cause people to willingly and consciously change their behaviour. In a recent episode of the Byte Size Podcast, Gene Corbett, Managing Director of Total Driver Australia, discusses the idea that road safety and driver training campaigns are predominately reliant on fear, adrenaline, and fight or flight response. Gene raises an interesting point — what if we applied the same kind of positive psychology used by Volkswagen to encourage better choices in our driving behaviour?

How does this relate to road safety?

The four main contributors to road fatalities are: speeding, intoxication, distraction and fatigue. Focusing on speeding, we can see that many solutions to reduce/prevent unsafe driving behaviours involve:

Positive psychology is not something often used to solve problems, especially if that problem concerns people’s lives. Every year, over 1,000 people die from car accidents on Australian roads, and the statistics show that the numbers aren’t decreasing as expected. Methods like law enforcement and heavy consequences can help with making drivers think twice about speeding, but there are problems with using punishment.

What’s the problem with punishment?

Research suggests that punishing drivers may not be the best method to discourage unsafe driving. A study from the International Journal of Epidemiology examined the relationship between crash risk and penalties for road traffic infringement. Instead of decreasing the risk of crash, consequences were found to increase the risk due to penalties indicating a history of risky driving. The effects of using punishment to discourage certain behaviours also has drawbacks.

Punishment can be effective, but only if it’s applied consistently and immediately after an infringement. However, receiving a punishment does not necessarily prevent a driver from repeat offences after the initial consequences have disappeared. Punishment may bring short-term benefits, but it doesn’t address underlying issues, such as drivers with a driving history of risky behaviours.

Perception of speed is also a factor in why people speed. In a study with test subjects from Queensland and Beijing it was found that attitudes towards speeding were quite similar. Drivers believed they weren’t speeding if they were safe and in control, or when the speed limit was too low for them. Subjects were also noted to have a range of techniques for avoiding detection and penalties.

In another study from Monash University, drivers’ attitudes and driving methods were examined when faced with straight or curved roadways in rural and urban Victoria. The observations found many things affected a driver’s attitude including age, number of occupants in a car, and even the trip purpose. Attitude played a part in drivers making the decision to speed but not as much as age and accident history.

Using methods such as increasing policing, laws, and consequences, can work. However, these methods only address non-compliance after it has occurred and may not have the desired effect of permanently stopping speeding. Understanding why speeding happens is important and can lead to new ideas that can decrease speeding and ultimately, speed related fatalities.

Can we ‘Design Out’ risky road behaviours?

There are new initiatives that are taking a new perspective in addressing crime and non-compliance. Designing Out Crime is a collaboration with University of Technology Sydney (UTS) and the NSW Department of Community and Justice. There is also a guide from the Design Council in the United Kingdom. Both look at how crime can be reduced by using creative solutions and a design approach.

Fixing problematic behaviour happens either pre-crime or post-crime. With pre-crime, the methods aren’t always effective but has a preventative effect and can benefit in the long term. Post-crime solutions can work towards preventing future crimes more effectively than pre-crime solutions but only once the crime has happened. With speeding, it is best to stop speeding before it happens.

Like other criminal behaviour, with speeding there are three stages to the behaviour:

Offenders will see if the reward is worth the risk and effort. With speeding, there is a widely believed myth that driving faster will mean a quicker arrival which is untrue. If the effort and risk is made to be seen as too much, there would be more resistance to speeding as the reward is not worth the work.

According to the Design Council’s guide, surveillance also works in increasing the risk of being caught. Offenders normally reconsider if they know they’ll be seen and/or identified. Cameras are being utilised to catch speeding drivers but the signs are also effective in reminding drivers they’re being watched or to remember the speed limit. Increasing natural surveillance could potentially help with deferring speeding. Anonymity allows for offenders to believe they can get away with an action and so it is worth the risk.

In the context of speeding, current methods are reactive, post crime solutions and can only deal with offenders who are caught. Speeding is a problem because it can lead to injury or death. There should be additional attempts to stop it in the pre-crime phase. Punishment and fear can work but it doesn’t address speeding when drivers aren’t caught.

So how can we change speeding behaviour in a different way?

From the Fun Theory campaign (2010), Kevin Richardson entered the competition made by the campaign and developed the Speed Camera Lottery. The camera would take pictures of all passing cars. Those who were caught speeding would pay a fine that would enter a pot of money and those who stayed within the speed limits would automatically be registered into a lottery and win some of that money.

The speed camera works for a number of reasons. It’s used like a speed camera to target speeding drivers to discourage their behaviour with positive punishment. It also uses positive reinforcement by rewarding behaving drivers. It also has a speed display to remind and show drivers their speed — similar to the ones currently on some Australian Roads. Using simple symbols, the display can quickly show and reinforce good behaviour while discouraging incorrect behaviour.

As a result, the area saw a drop in average speed — from 32 km/h to under 25 km/h (the speed limit). By using a creative approach to a problem, Volkswagen and Kevin Richardson managed to reduce the area’s average speed.

There are already some changes in school zones to stop speeders, aside from heavy fines and consequences. Flashing signs signalling when school zones start appeared across NSW schools. As a result, it’s more obvious to motorists to slowdown and alert them of the area they’re in.

Clever road design can also make drivers think twice about their actions. Around the world, art is occasionally used to slow down speeding with illusions or just a clever message. Art in the community is also known to make communities safer and engaging.

Solving a problem that concerns human lives doesn’t have to be reliant on fear and punishment. The solutions can be creative, engaging, and unique, to move effectively encourage better behaviour. Fear only gets us so far. Speeding is a behaviour that occurs for many reasons and needs holistic solutions that address why speeding occurs and what else can be done to discourage it from happening in the first instance. Applications of design thinking and more empathy could lead to lower road fatalities and a sustained improvement to driving culture.