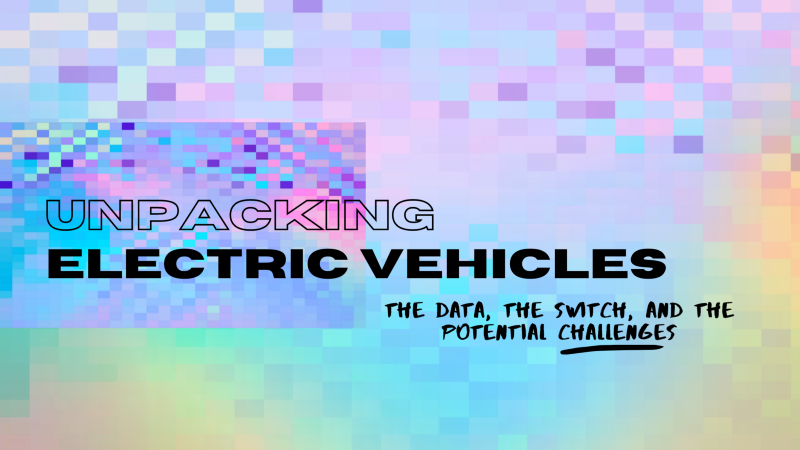 There has been an uptick in the number of conversations, particularly in Australia, surrounding Electric Vehicles (or EVs). In 2020, it was estimated that there were approximately 3 million electric vehicles operating globally. Australia has one of the lowest rates of EV ownership in the OECD, where EVs make up less than 1% of the total vehicle fleet across the entire country.

Clearly,  there is a demand for alternative vehicles. After all, according to a 2020 report by The Electric Vehicle Council, 56% of respondents were considering purchasing an EV as their next vehicle. So, why aren’t Australians fervently jumping on the Electric Vehicle bandwagon, and what are some of the other aspects to consider?
‍

Despite attempts to offset carbon in the public transport sector, the majority of these emissions are still created by private vehicles. A contributing factor to the low uptake levels of EVs in Australia has a lot to do with incentives; or, to be more precise, the lack of.

The USA, China, and Scandinavian countries such as Norway — who has the highest sales penetration in the world for EVs — offer various financial and non-financial incentives, such as:

These incentives tend to influence price-points. The waiving of fees or tax benefits often means that, in the short- and long-term, the purchasing of an EV is more economically achievable and financially viable for more people.

So, how does Australia stack up?

As of November 2020, there were no national incentives directly aimed at making EVs more affordable. Only 3 out of 8 state and territory governments offer any form of subsidy, stamp duty concessions or tax exemptions upon registration and/or purchase: the ACT, QLD, and VIC.

Moreover, in April this year, there were discussions about introducing usage fees of 2.5 cents per kilometer for electric vehicles and other zero-emissions vehicles in Victoria- expected to raise $30 million per annum.

There are some incentives via a Luxury Car Tax threshold, but only two models fall under this category — Tesla Model 3 and a BMW i3 S. It severely prices out EVs for many potential consumers. The cheapest EV in Australia, the Hyundai Ioniq Electric Elite (bit of a mouthful there), retails for just under $49,000. Even with state government concessions, savings equate to less than $1,000 during the first year of purchase.

More recently, the NSW government made some amazing headway by announcing the most ambitious EV plan yet, including:

In a survey by Budget Direct from 2018, 30.9% of respondents said that they would be more willing to purchase an electric vehicle if there was more support, incentives, and infrastructure in place.

One of the common complaints made against the widespread adoption of EVs is a lack of infrastructure, particularly in a country like Australia where large distances between charging infrastructure can contribute to range-anxiety and impact customer decisions to buy and behaviours. However, some of this range anxiety is founded in common misconceptions. Today’s EVs have an average battery range of 480km — more than enough to meet the average Australian’s driving needs for over a week.

Public charging infrastructure does remain a gap, however the number of charging points available through ‘Park n Rides’ commuter carparks and other new developments, driven by local councils, are steadily increasing.
‍

There also needs to be greater emphasis put on the way we generate our electricity. One of the arguments circulating the EV debate is the idea that it doesn’t matter if we buy an electric vehicle or a non-renewable powered car, because a majority of Australia’s electricity is powered by non-renewables. This argument has some gravity.  Less than a quarter of Australia's energy comes from renewable sources. But this statistic should be used to spur affirmative action and reopen broader discussions about how we generate and use energy and aim for net-zero emissions, not sideline them.

It’s easy to put it in the ‘too hard’ basket when we start talking about restructuring energy and electricity, but it’s not impossible. Last year, the ACT became the first jurisdiction outside of Europe to have 100% renewable electricity.

Often EVs are — somewhat unfairly — touted as a silver bullet to the climate change and environmental sustainability issues we see with non-renewable powered vehicles. Merely replacing non-renewable powered cars should not be viewed as a solution to all the problems associated with cars in general. After all, EV cars are still cars.

This does raise a good question — how should we encourage the uptake of more environmentally friendly vehicles without an overall increase in private vehicle ownership, contributing to congestion?

In a discussion with author, traffic planner, and consultant, Rachel Smith on the Byte Size Podcast, congestion costs in Australia were estimated to be $16.3bn in 2015 and is forecasted to grow by 5.5% per year between 2016 and 2030. Similarly, a 2016 Austroads report forecasted that, in 2031, the total annual cost of road congestion will be $39 billion.

According to Professor Mike Berners-Lee, director of Small World Consulting and expert on carbon footprint, the best way to reduce carbon emissions is to reduce driving, use your current car for as long as possible, and buy second hand where possible.

What do we do with all the non-EV vehicles?

If we did introduce incentives for EV ownership, and address some of the infrastructure issues, there needs to be assurance that encouraging the uptake of electric vehicles does not encourage purchasing additional vehicles without a genuine need. A campaign for more EVs should not be unfairly equated with a campaign for an absolute increase in the number of vehicles.

We might end up facing the same unintended consequences that the zero-waste movement has encountered — people purchasing a product with an ‘eco-friendly’ label for the sake of purchasing, regardless of whether they need the item. Such behaviour from consumers has the potential to create more waste in the process. Buying new ‘stuff’ is equally a part of the problem; using up what we already have until the end of its product lifecycle needs to be prioritised and integrated into any transport plan.

The introduction and widespread uptake of EVs needs to be in conjunction with the implementation of government-led incentives, a reduction in private car ownership, a net-zero emissions target for electricity sources, and investment into public transport as part of a cohesive strategy, not a series of afterthoughts.

Zero-emission fleets and electric vehicle strategy is more than putting new vehicles on the road. It requires a refocus from traditional fuel supply chains, service planning, and procurement. Fantastic progress has been made by a number of state governments in 2021, but there’s still a long way to go to ensure a sustainable and achievable transition to alternative vehicles so that, one day, they will no longer be referred to ‘alternative’, and instead be the authoritative standard.